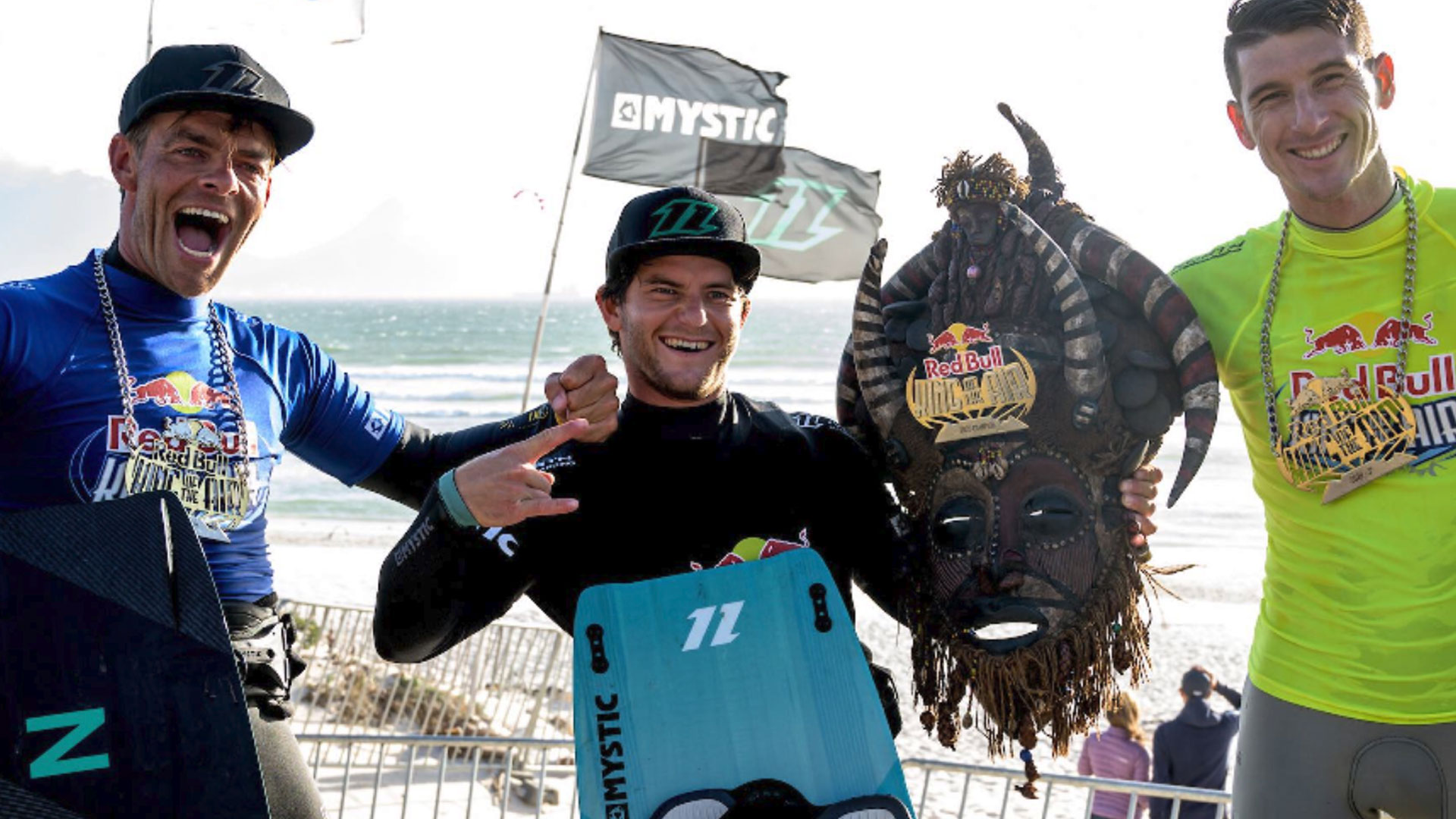 On Thursday 6th February, 24 riders from twelve nations went to battle in over 30 knots of wind, making jumps of over 20 metres and pulling off the most extreme moves ever seen at King of the Air.

By the end of the day, Hawaiian Jesse Richman would claim the coveted African Trophy.

After 34 heats and seven hours of consistent Cape Doctor wind, three legends, Jesse Richman, Nick Jacobsen & Aaron Hadlow went to battle. The crowds flocked towards the water's edge as the finalists had 13 minutes to prove to the judges they were worthy. Nick began with his distinctive megaloop one footer, and Aaron matched this to take the lead.

Jesse fought back with a dangle pass with three and a half rotations, throwing his arms up in celebration on landing. The crowds went wild every time the riders came close to shore. With two minutes to spare, Aaron Hadlow crashed out while Jesse showed his expertise by sticking the landing on the chop, after a back roll mega loop with a one-footer, grabbing yet another 8-pointer.

Waiting excitedly to hear the results, the crowds flocked around the riders. As the results came in, Jesse Richman was announced King of the Air 2020.

The crowds continued to roar as Jesse was chucked on his teammates Nick & Graham's shoulders and they marched through the crowds towards the podium. People packed in around the podium to catch a glimpse of the prizegiving, some even climbing the North & Mystic container to get a better view.

Marc Jacobs was first on the podium to collect the 'WOO Highest Jump of the Day' for soaring 20.2m. Nick Jacobsen followed being awarded the Mystic' Most Extreme Move' for his kite-loop board-off, scoring the only 9 out 10 of the day. Aaron Hadlow was awarded the bronze medal, and Nick jumped on the podium again to collect his silver medal.

"There can be only one. This guy has so much stoke. This guy is pretty much what defines this event."

As King of the Air, Jesse Richman, was awarded the iconic African trophy he screamed at the top of his lungs. There was no hiding the true happiness and the ultimate stoke he was feeling.

"This feels incredible. This is magical. And it is amazing to have my newborn daughter here and share it with this crowd," said Jesse.

Congratulations to all the riders who competed, putting on an epic show and raising the bar in technical performance in extreme conditions. Also special thanks to Red Bull South Africa, the Judges and everyone involved in organising such a great event. We can't wait to come back! 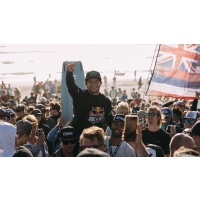 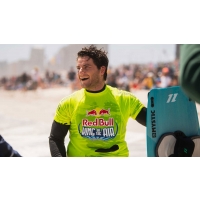