Be the first to review this product
As low as £75.00
In stock
SKU
axis-ks-series-foil-masts-19mm
Details

Designed for the Axis S-Series and K-Series Foils the Axis masts are stiff, strong, and ready for any use and conditions. Designed to give foilers a very direct feeling to their foil which is critical for foiling. K/Series masts are 224% stiffer than the 15mm thick masts (most other foils on the market). It's even stiffer and any other carbon mast on the market today. This gives you more control and fast input from your feet to the front wing.

The 45cm foil mast is ideal for your first flights, while you are learning how to start to foil. Most riders spend only a few hours or less on the shortest foil mast we make (45cm) before they graduate to the longer foil masts.

The 60cm mast is the most common mast that you will start putting hours on. You will ride it for a while before you move up to a taller mast, when you SUP, Surf, Downwind, Wake or Kite. Some riders might never need a taller mast, depending on their style, local conditions or discipline or riding.

The 68cm is the most common foil mast length for prone surf foiling and all round SUP. If there is one size mast for SUP, prone surf, or wake foiling, the 68cm mast will be your choice.

The 75cm mast is mostly used on bigger surf, downwinders and more advanced riding with the S-Series foil, or as a surfy option for the K-Series foil (Kite Foiling)

The 90cm mast is the choice of big wave enthusiasts and tow-ins, when combined with the S-Series 680 front wing. It's also the choice of downwinder pros when competing in open ocean swell. The Axis 90cm mast is the main size mast for wind foilers and kite foilers (K-Series), when they reach they are are not beginners any longer.

The 105cm mast is mostly used for big swell downwinders with the S-Series foil, or for more aggressive riding and speed with the K-Series foil (Kite Foiling) 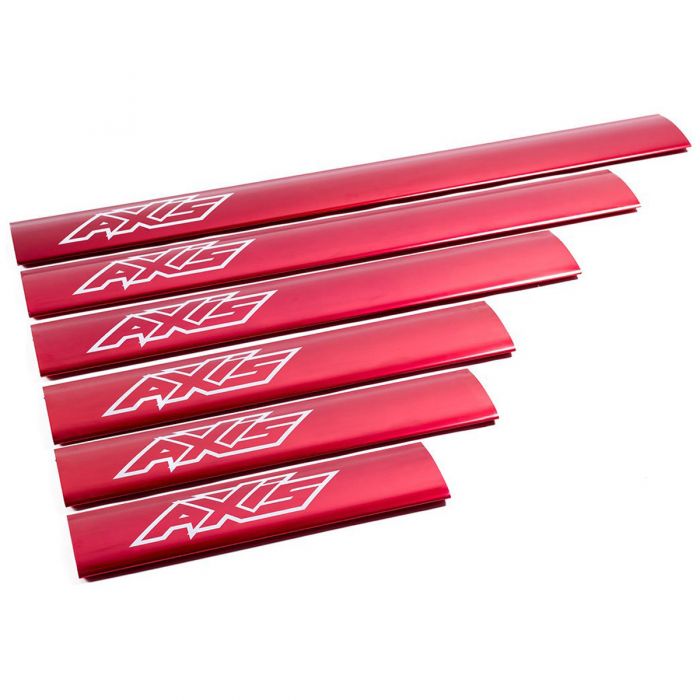 Skip to the beginning of the images gallery
Related Products